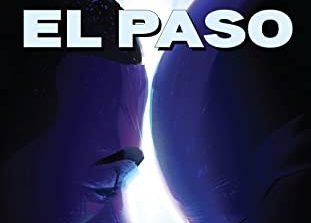 El Paso by Michael Van Cleve is a “hybrid novel,” part graphic novel and part other forms of written media. I received a free copy in exchange for an honest review, and was surprised to get through it in one sitting. If I could rate it 3.5 stars I would, but Goodreads only allows 3 or 4, so 3 it is. Feel free to read my review on the Goodreads page for this book linked previously), or read it right here.

I will not be doing a video for this review, as I do not plan to recommend this piece to a broad audience. I’m choosing to still include it on my blog because it’s not bad, and for the right reader it might be gold.

El Paso by Michael Van Cleve is unlike anything I’ve ever read before. In his own words, it’s experimental, and won’t be for everyone. This is a mix of graphic novel, fictionalized screenshots of text conversations, social media posts, and blog entries, fictionalized police reports, and excerpts from a dream journal. It exposes the dark underbelly of immigrant life, drug wars, and corrupt politics in today’s American south, and has a lot to say about the state of our world.

This isn’t my usual genre, so the best comparison I can make is to say if the Mexican drug cartel in Breaking Bad got a spinoff, this would fit in quite well as one of the plot threads woven into an entire season.

I really wish Goodreads had an option to give half-star ratings, because I believe this deserves a 3.5. It’s not a 4 in my mind because I found parts of it hard to follow, and while the dream journal entries were interesting character building, I don’t think excluding them would have hurt the narrative. This feels like Larona’s story. She’s the one struggling with addiction. Her best friend committed suicide. Everything that happens in terms of the central conflict of this story happens to her, to her boyfriend, or to the people after her. The dream journal is from 30+ years in the past, recorded by the native priest who helps her, and they’re a wild mix of symbolism about a very unique gun and dreams during which a talking dolphin named John shows him the world as animals see it. I’m still not sure how that fits.

If you like gritty underbelly of the modern world type stories, this was an entertaining “mixed media” read that you can easily get through in a single day. Maybe for you, it’s a 4 star and not a 3!

Thank you Michael for the opportunity to read this book. 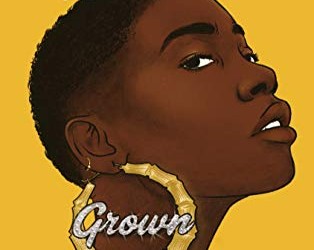